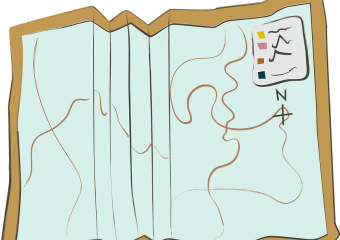 Australia, the tranquil place in the far reaches of the seas, never imagined that there were people living inside it. Human thinking at the time centred on the places where strange and strange creatures live. Everything was done by chance.

Go back in time and learn about history…

Dutch explorers, in 1606, made the first recorded European sightings and first recorded landfalls of the Australian mainland. The first ship and crew to chart the Australian coast and meet with Aboriginal people were the Duyfken captained by Dutch navigator, Willem Janszoon. He sighted the coast of Cape York Peninsula in early 1606 and made landfall on 26 February at the Pennefather River near the modern town of Weipa on Cape York. The Dutch charted the whole of the western and northern coastlines and named the island continent “New Holland” during the 17th century, but made no attempt at settlement. William Dampier, an English explorer and privateer, landed on the north-west coast of New Holland in 1688 and again in 1699 on a return trip. The Dutch, following shipping routes to the Dutch East Indies, or in search of gold, spices or Christian converts, proceeded to contribute a great deal to Europe’s knowledge of Australia’s coast. In 1616, Dirk Hartog, sailing off course, en route from the Cape of Good Hope to Batavia, landed on an island off Shark Bay, West Australia. In 1622–23 the Leeuwin made the first recorded rounding of the south-west corner of the continent and gave her name to Cape Leeuwin.

In 1627 the south coast of Australia was accidentally discovered by François Thijssen and named ‘t Land van Pieter Nuyts, in honour of the highest-ranking passenger, Pieter Nuyts, extraordinary Councillor of India. In 1628 a squadron of Dutch ships was sent by the Governor-General of the Dutch East Indies Pieter de Carpentier to explore the northern coast. These ships made extensive examinations, particularly in the Gulf of Carpentaria, named in honour of de Carpentier. Abel Tasman’s voyage of 1642 was the first known European expedition to reach Van Diemen’s Land (later Tasmania) and New Zealand, and to sight Fiji. On his second voyage of 1644, he also contributed significantly to the mapping of Australia proper, making observations on the land and people of the north coast below New Guinea.

Now Australia considered one of the most wonderful nature places. If you like to enjoy the outdoors, (and who will not like it …) there will enjoy like nowhere else.