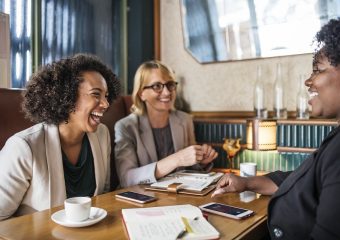 This question is repeated a lot since there is much ignorance about the history of Australia. This ignorance creates confusion. So it is normal for many people to question what is the official language of Australia, the so-called Australian language.This confusion is completely understandable. Australia is considered a multilingual country with great cultural diversity as it has an influence of more than 160 spoken languages. We must take into account that in the Australian territory there were more than 250 aboriginal languages. In fact, it is said that Australia had more than 400 aboriginal languages ​​at the beginning. So it is totally logical that the native Australian language is unknown to many. Today, on the other hand, there are less than 20 used daily in Australian territories.

Australia does not have an official language established by the constitution, government or laws, but if we speak the official language of Australia, English is considered as its de facto national language, which is spoken by all. But this language in Australia has its peculiarities, Australian English has a unique accent and vocabulary, which differentiates it from British or American English.
First, as in any area, every language has its own accent or its own intonation. But, the truth is that, for this language, Australia has very unique words and expressions. And it is something that makes Australian English very peculiar. In addition to the intonation proper to the demonym or accent, these singular words and expressions can be confusing or difficult for newcomers to understand. For example, Australians often shorten the words and use diminutives, so the word “football” becomes “footy”, “television” “telly”, “barbecue” in “barbie” and “afternoon” in “arvo”. Getting used to the use of this kind of jargon can be a long process, so the recommendation is to ask if you are not sure of the meaning of the expression. It is the only way to learn and avoid cultural confusion. In addition, there are other languages ​​that are spoken in Australia besides Australian English. According to an analysis carried out in 2016, that year 70% of the population spoke English. The remaining percentage was divided into 2.5% of the speakers who spoke Mandarin in their homes. Thus, Mandarin is the second most spoken language in this territory. Among the rest of the languages ​​spoken here we find Arabic with 1.4% of the population, Cantonese and Vietnamese both in 1.2%, and finally Italian with only 12% in its inhabitants. More than half of those languages ​​are spoken by immigrants from all over the world. The rest are indigenous languages ​​spoken by Australian Aboriginals and Torres Strait Islanders, some 52,000 indigenous people, who are 12% of the indigenous population, report using an indigenous language at home. The most common aboriginal language is Kriol (or Creolé), which contains many English words with different meanings. The other most spoken Aboriginal languages ​​are Arrernte, dhuwal, Pitjantjatjara, Warlpiri, tiví, and Murrin. Despite the different languages ​​spoken, mastering the English language is the key to success in Australia, both for job search and for active participation in Australian life, developing a wide network of contacts and friends.