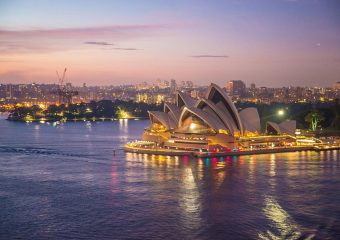 Australia is made up of six states and ten federal territories. Each state has its own constitution, with its own legislature (a.k.a parliament). The state parliaments have legislative power, except that some areas of legislative power are exclusive to the federal parliament, many others are exercised concurrently with it. In case of conflict between federal and state legislation, federal legislation prevails. Five of the states can be found on the mainland, while the remaining states is an island located over 100 miles from the mainland.

Three of the federal territories are known as “internal territories” because of their location on the mainland. The remaining seven territories are known as “external” because of their location away from the country. The states of Australia are represented in the parliament and are partially self-governing. The largest state by area is Western Australia. This state has a total area of over 2.5 million square kilometers. The population is over 2.6 million. The capital of the state of Western Australia is the city of Perth. All six states of Australia, ordered by population size:

The government in the Commonwealth of Australia is exercised on three distinct levels: federal, states and territories, and local government. Each state has its own constitution, with its own legislature (parliament), judiciary and executive. The state parliaments have plenary legislative power, except that some areas of legislative power are exclusive to the federal parliament, many others are exercised concurrently with it and, in case of conflict between federal and state legislation, the federal legislation prevails. A decision of a state judiciary is subject to appeal to a federal court.

There are seven external territories, not part of the Australian mainland or of any state. Three of them have a small permanent population, two have tiny and transient populations, and two are uninhabited. All are directly administered by the federal Department of Infrastructure, Regional Development, and Cities. Norfolk Island, which is permanently populated, was partially self-governing until 2015. External territories include Norfolk Island, Christmas Island, Australian Antarctic Territory, Cocos Islands, Coral Sea Islands, Hear Island and McDonald Islands, and Ashmore and Cartier Islands.

The term “interstate” is used within Australia to refer to any cross-border events, transactions, or travel. Tasmania is the only state that is not located on the country’s mainland.The internal regions are the Australian Capital Territory, the Northern Territory, and Jervis Bay Territory. Northern Australia is a proposed state, while Lord Howe Island and Macquarie Island are proposed external territories.

Several territories are now defunct. These include; Central Australia and North Australia, which were reincorporated as the Northern Territory, the United Nations Trust Territory of Nauru, and the Territory of Papua and New Guinea.