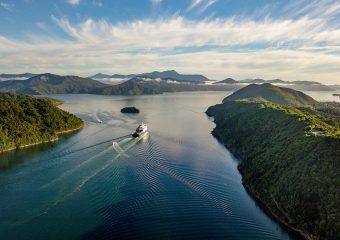 How far is New Zealand from Australia

If you lived in New Zealand before 1606, it would have been hard to travel to any other hard-land like traveling to the end of the world, regardless of whether it was near or far. Native people lived on the island in complete isolation, no one able to in or out until it was discovered in 1642 and transportation was very limited at that time only possible in a very difficult way.

By the time the first Europeans arrived, Māori had settled the land, every corner of which came within the interest and influence of a tribal (iwi) or sub-tribal (hapū) grouping. Abel Tasman was the first of the European explorers known to have reached New Zealand, in December 1642. His time here was brief. His only encounter with Māori ended badly, with four of his crew killed and Māori fired upon in retaliation. Tasman named the place we now call Golden Bay ‘Moordenaers’ (Murderers’) Bay. After he left in early January 1643, Tasman’s New Zealand became a ragged line on the world map. The Māori response to this visit is less well-known, except for fragments of stories recorded in the 19th century. Traveling between Australia and New Zealand at that time required about 30 days to ship and was not available to all people like ours today. The island is about 1,200 miles from Australia and bordered by water from all sides which makes it difficult to reach. You can reach it now via a lot of public transport and it has become a destination for those who are looking for calm and relaxation.

There are basically many different types of cruises in Australia and New Zealand. One of than that, you can fly into a major airport in Australia or New Zealand (normally Sydney or Auckland), embark on a cruise of 10-15 days to various ports in Australia, New Zealand or Tasmania.